The language of the body – Not so difficult 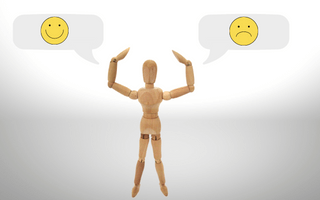 I was recently contacted by a client who came to see me last year. At that time, we had talked a lot about her physical symptoms and what they could possibly mean.

Already last year, she found it very exciting to see these connections and then be able to better understand what they are going on inside her. That's why she has now asked me again if I might have an idea regarding her current symptoms (I did... 😉 ).

Last year I had told her the story of another client, which impressed her very much: Many years ago I worked with a client (let's call her Mrs. Müller) on an emotionally very difficult and very painful issue for her. We had already had 3 hypnoanalytic sessions and were slowly approaching the real issue, but it made her very uncomfortable. On the morning of our fourth appointment, Mrs. Müller woke up with a severe sore throat. Her throat was so inflamed that she could hardly speak, but rather only whisper.

Mrs. Müller was about to pick up the phone and cancel the appointment with me, when she remembered that I had warned her about such a situation.
Dbecause it is often the case that we are afraid to deal with certain topics. Then we develop an inner blockade: We think of a thousand excuses why we unfortunately have to cancel this appointment now - or we even develop physical symptoms.

t is similar to a visit to the dentist. Many of us have experienced this: you have a bad toothache, you call the dentist and ask very urgently for an appointment as soon as possible. If you are lucky you get this one too. Man goes to the dentist. You sit down in the waiting room. And suddenly all the pain is gone as if by magic and you think, "Oh actually, I don't need this appointment."

Of course, the problem that originally caused the toothache has not disappeared. But because there is some fear of treatment, the symptoms seem to "disappear" so that we have a reason to "chicken out." Of course, this does not solve the problem.

So Mrs. Müller had remembered that I had told her about it, that's why she didn't cancel the appointment and just came to the meeting "whispering". The work was very intensive, for Mrs. Müller very emotional and exhausting but also very important. It was what we call a "breakthrough session" that allows for tremendous progress afterwards.

Later, Mrs. Müller told me that her sore throat was gone at the exact moment she left the practice and closed the door.

Isn't it fascinating how much our psyche and our body are connected? 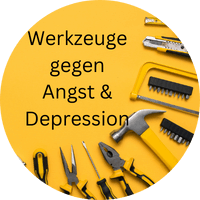 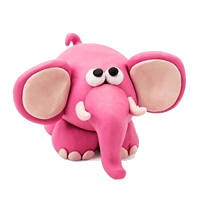